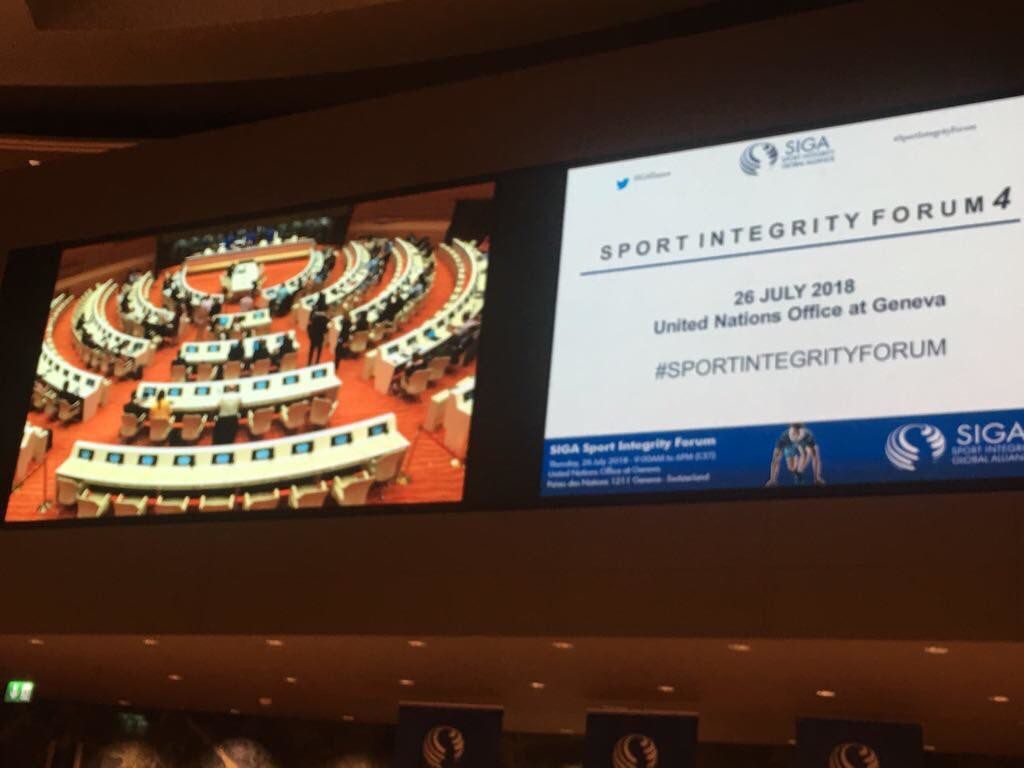 My panel discussion focused on “The Power of Sport Beyond the Field of Play: The United Nations Sustainable Development Goals“. (Session 6) 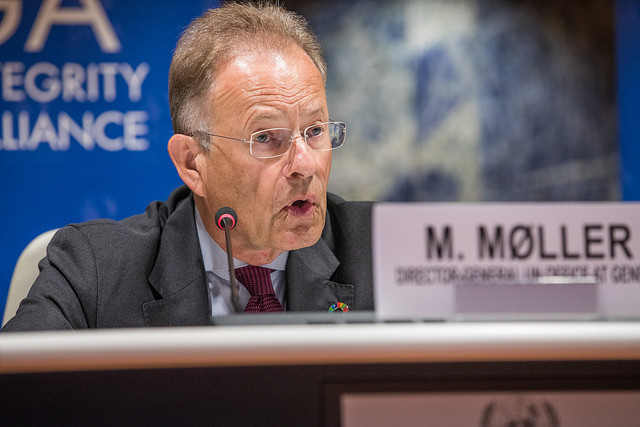 At the opening, His Excellency, Mr. Michael Møller, Director-General, UNOG, called on the international sport community to harness its power for good and “help make our world a better place for all and to leave no one behind”. Mr. Møller also informed delegates attending Sport Integrity Forum IV that the United Nations was committed to partnering with SIGA on its noble mission (to promote “good governance and safeguard the integrity of sport through a set of universal standards operated by an independent, neutral and global body”):

SIGA’s vision of sport played and governed under the highest integrity standards, free from unethical, illicit and criminal activity, to safeguard sport’s values and ensure its positive impact and benefits to all citizens, aligns with ongoing efforts at the UN and beyond.

SIFIV: Session 6: “The Power of Sport Beyond the Field of Play: The United Nations Sustainable Development Goals“. 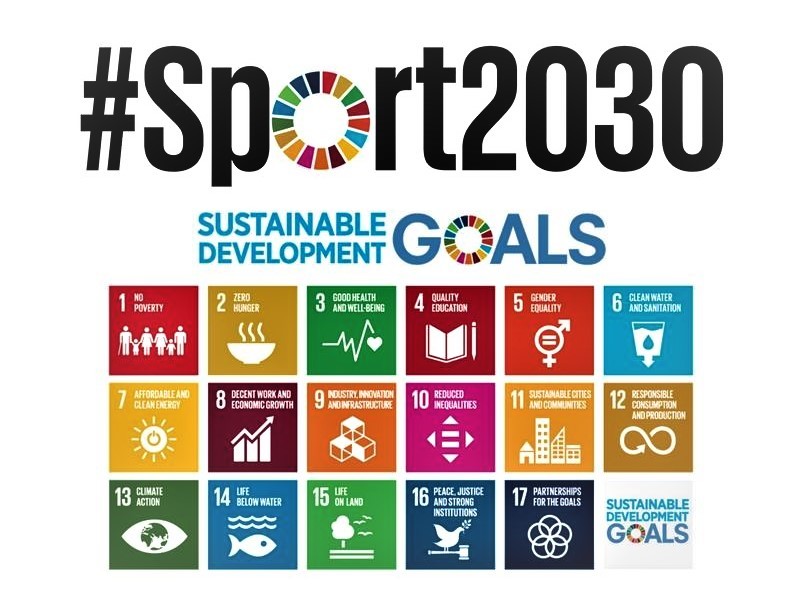 Building on the opening remarks of DG Møller (UNOG), I also underscored how the positive power of sport can serve as a multiplier force to inspire and transform societies and act as a catalyst for peace and security, by reinforcing and advancing the UN SDGs.

As a former diplomat at the U.S. Department of State, I believe that the unifying power and UN values as contained within the UN Charter (Preamble) are an important inspiration in sport and across the fabric of our societies:

to reaffirm faith in fundamental human rights, in the dignity and worth of the human person, in the equal rights of men and women, and of nations large and small, and to promote social progress and better standards of life in larger freedom, and to employ international machinery for the promotion of the economic and social advancement of all peoples.

I believe that during my more than 20 years of advancing diplomacy globally, the mission of the State Department and our diplomatic efforts helped to advance many of the SDGs every day, and in all corners of the world including to “shape and sustain a peaceful, prosperous, just, and democratic world.” 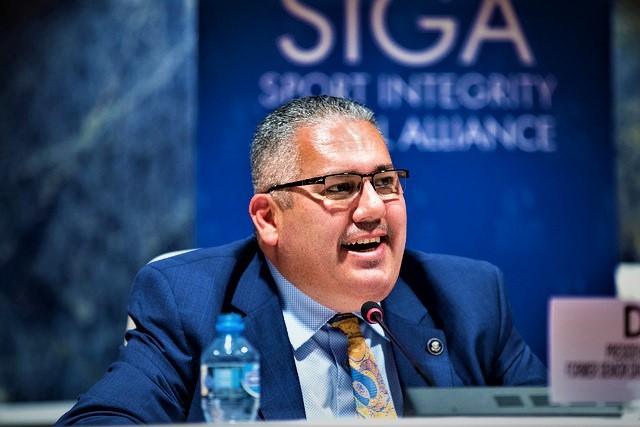 USAID programs related to sport and international development, the Department’s sport diplomacy initiative (Bureau of Educational and Cultural Affairs), and other rule of law, good governance, anti-crime and democracy promotion programs play an important role in economic and sustainable development global efforts including to promote peace and security, health, education, gender equality, nutrition, and many of the SDGs.

But security challenges such as those that I worked on within the international community, such as corruption, organized crime, terrorism, and other transnational threats, fuel greater insecurity and instability and can impede the collective efforts to advance the noble aims of the 17 SDGs. 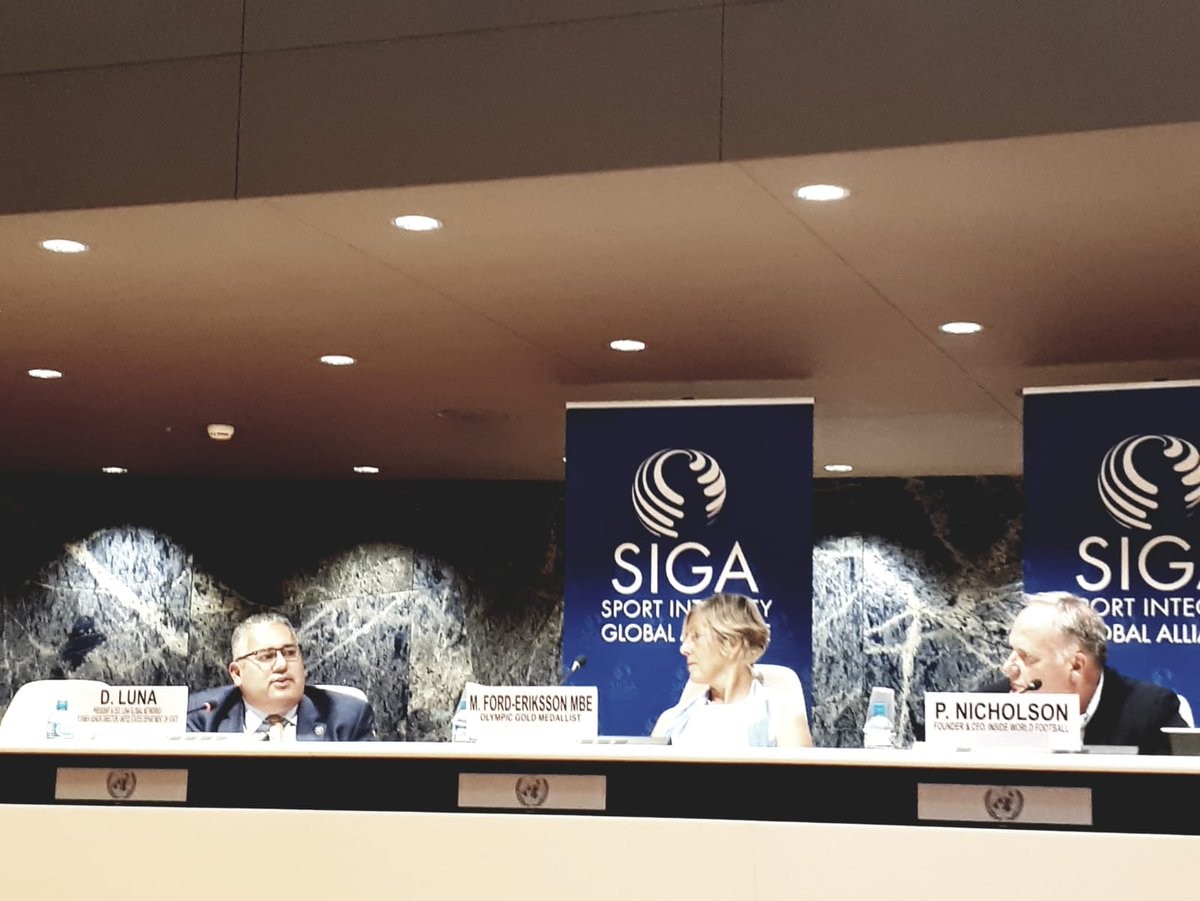 Sport has to be supported at all levels to create the environment where youth are developed and nurtured to express the values of sport. The webs of corruption and criminality adversely impact a lot of good work which is being done.

This is why strengthening the political will of governments to fight corruption and crime is critical to the SDGs, including the implementation of the UN Convention Against Corruption (UNCAC), the UN Convention Against Transnational Organized Crime (UNTOC), and the FATF’s Recommendations on combating money-laundering and terrorist financing, and other tools to comprehensively investigate, prosecute, disrupt and dismantle criminal and illicit networks and corruptive influences involved across numerous illicit threats that hamper economic and sustainable development efforts.

I am also proud of the partnership between the Task Force on Countering Illicit Trade of the Organization for Economic Development and Cooperation (OECD TFCIT) and SIGA, especially during my OECD TFCIT Chairmanship in 2012-2017 working with the CEO of SIGA Emanuel Macedo de Medeiros to elevate the harms posed by corruption and organized crime to sport as part of a comprehensive convergence framework to combat cross-border illicit threats to prosperity and security. 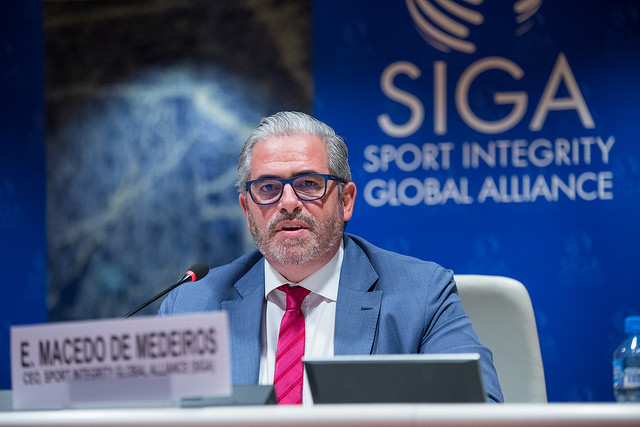 At the State Department, working across the U.S. interagency, the United States worked with other committed partners to ensure that “there was no place for corruption in sport” including strengthening international cooperation on sport integrity in the United Nations, Group of Twenty (G20), OECD, the Anti-Corruption Summit London 2016 (hosted by former UK Prime Minister David Cameron), and other fora.

As eloquently stated by DG Møller and SIGA CEO Macedo de Medieros, the power of sport to make our world a better place is indisputable. 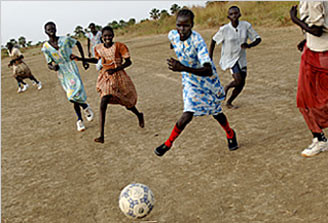 We must ensure that the values of sport are not further corrupted by bad actors and criminal networks. For example, child exploitation, human trafficking, and modern slavery are also very much intertwined with sport. Across the developing world “the desperation of thousands of children to improve their lives has created an avenue for criminals, unscrupulous agents and clubs alike.” Unscrupulous recruiting practices of very young athletes across the spectrum of sport result in a host of harmful outcomes for the athletes, their family, and their communities.

Recent corruption scandals involving sporting bodies also harm the public trust, as well as the integrity and credibility of sport. Of equal concern is the infiltration and involvement of organized crime in sports as an enabler of corruption that further imperils the rule of law, economic development, and global security.

The SDGs align perfectly with SIGA’s sport integrity agenda. SIGA’s vision of sport played and governed under the highest integrity standards, free from unethical, illicit and criminal activity, to safeguard sport’s values and ensure its positive impact and benefits to all citizens, aligns with ongoing efforts at the UN and beyond.

The mission of SIGA is to provide global leadership, promote good governance and safeguard the integrity of sport through a set of universal standards operated by an independent, neutral and global body. 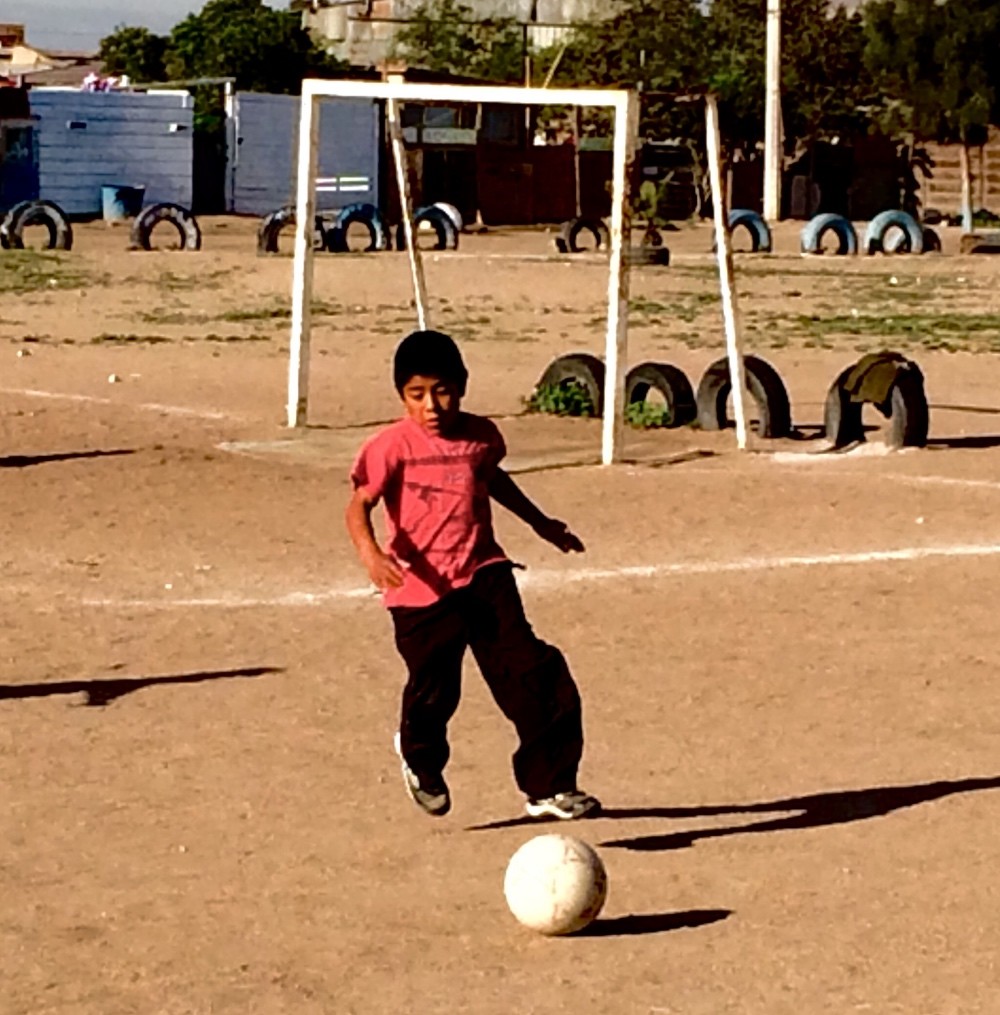 How Sport and Integrity Can Advance the Sustainable Development Goals (SDGs):

Sport (sport integrity/sport sector/sport communities/athlete mentorships/sport events) is a positive force for sustainable development and an influential platform to help achieve the SDGs including some, if not all, of the 17 goals:

While it is important to have mentor athletes around the world to inspire future generations, we must also be realists and recognize that there remain difficult environments and challenges for athletes. We must rise above the fray and be vigilant guardians to ensure a culture of lawfulness and “islands of integrity” (Transparency International) for a new generation and to protect sport against the taint of corruptive and criminal influences that thwart progress.

I am proud to represent the United States President’s Council on Sports, Fitness & Nutrition to support SIGA. The Council recognises the importance of sport. . . .Sport integrity is reliant on the standards we set. This is why we are here today to support SIGA and shine a light on integrity for our athletes . . . . We stand with SIGA and support their international efforts to level the playing field and protect the integrity and safety of sport. 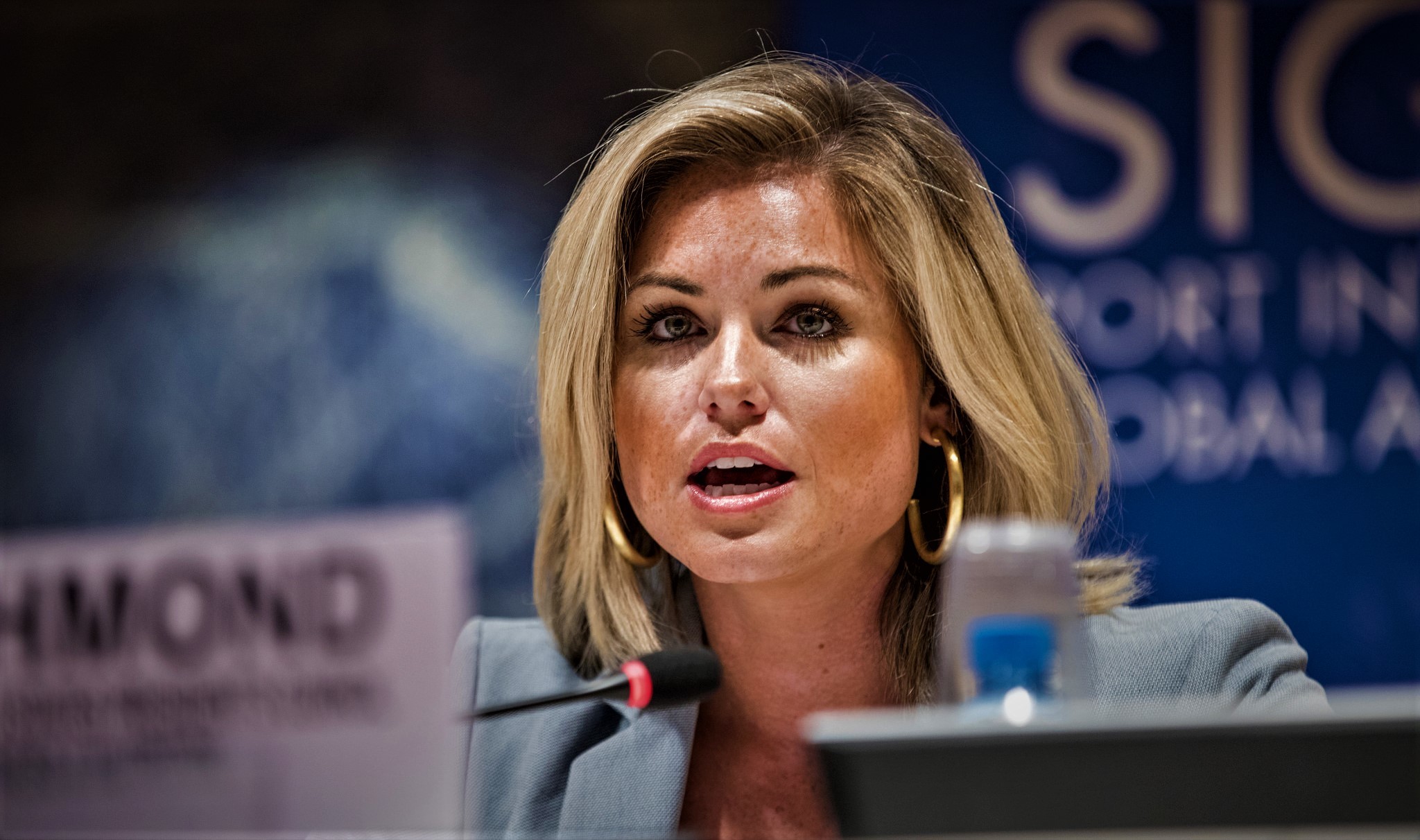 Finally, I concluded by stressing that we must not view the universal character of sport and UN values in isolation; to make progress on the SDGs we must combat corruption, organized crime, other threats through coordinated and collective action and net-centric partnerships globally.

Sport must continue to strengthen international networks and partnerships to secure greater integrity, and to advance the SDGs’ sustainable and peace goals (SDG 17).

Through the commitment and leadership of SIGA, we will endeavor to preserve the integrity of sport, safeguarding its positive values and vital role for the benefit of all citizens and future generations. 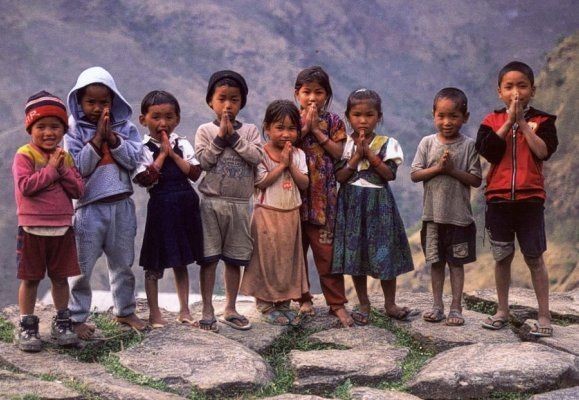 We must support and work toward creating a new era (future horizons) in sport, moving collectively to implement across the community of sport SIGA’s Core Principles for Sport Integrity and the corresponding universal standards, which together demonstrate the commitment of all communities to the highest and best role of sport in society. 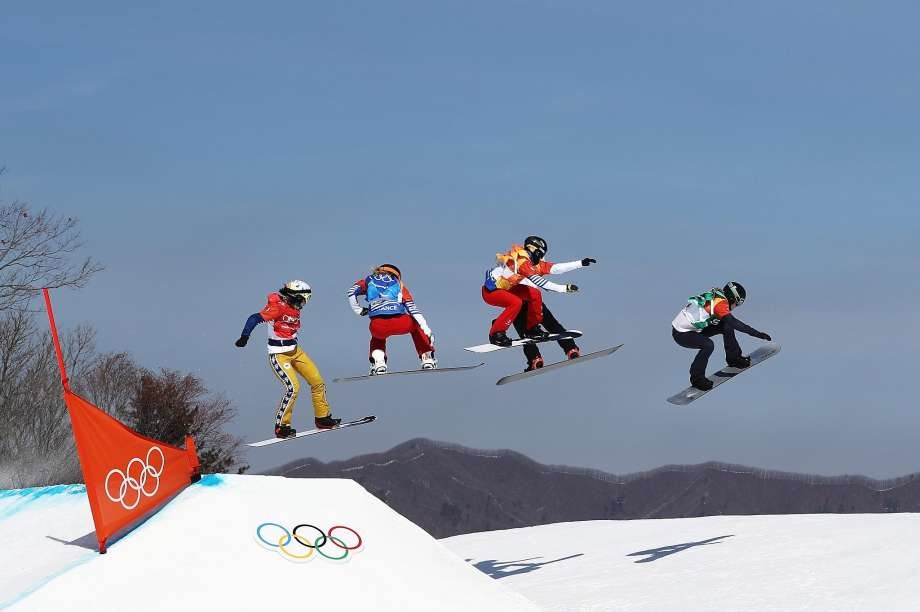 The Sport Integrity Global Alliance (SIGA) is taking decisive leadership by mobilizing greater action and commitment. Through strength in numbers and dynamic public-private partnerships, we can all help the international community to promote the highest standards and values of honest governance and a “vision of a fair and clean future for sport”, and in the process, help partner communities implement their SDGs (and UN universal values), invest in their sustainable futures, and promote a more inclusive, secure and peaceful world. 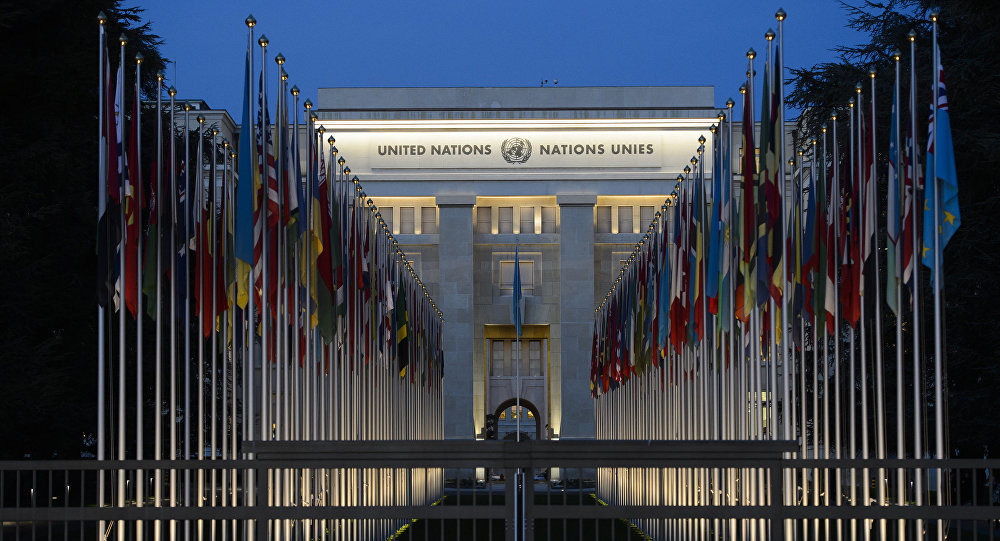 Luna Global Networks & Convergence Strategies LLC shares a commitment to social responsibility and ethical governance approaches across diverse communities that have a positive, lasting impact in the world. LGN is committed to doing business with the highest level of integrity, promoting sustainable development strategies that benefit our global community, and protect our people and planet for all future generations.