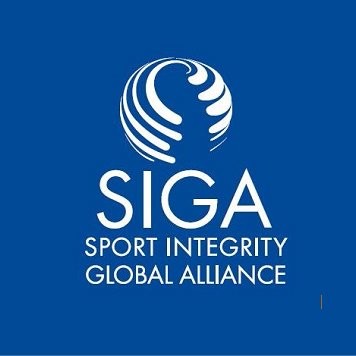 Miami, 30 April 2018 – A wide and diversified network of leading organisations, sports bodies, linguistic blocks, universities, NGOs, law enforcement agencies and social influencers have just come together to join SIGA in a powerful call for action against abuse, smuggling and trafficking of children and young people in sport.

Florida, one of the largest States for human trafficking in the United States and crucial confluence point between North America and Latin America, was the perfect convening spot to address the most critical issues and reach consensus around a series of action-orientated initiatives. SIGA’s action plan will include the development of:

1.      A comprehensive inventory and a comparative analysis on all existing regulatory frameworks, policies and best practice existing in this field, with the purpose of identifying commonalities, but also potential weaknesses and loopholes in the system;

2.      To carry out an inclusive dialogue and consultation process, involving all relevant authorities and stakeholders;

3.      To develop a set of guidelines, recommendations and universal standards on recruitment, training, education and protection of minors, applicable to all sports; and, last but not the least,

4.      To develop a global awareness campaign under the banner “It’s not okay” (#itsnotokay).

“It was a powerful and far reaching discussion! We feel invigorated by such a strong level of support and commitment to action”, stated the CEO of SIGA, Emanuel Macedo de Medeiros, at the end of the 4-hour session. “All children have the fundamental right to participate, enjoy and develop through sport in a safe and sound environment. They are not commodities. They are human beings, and must be regarded and treated as such”, added the CEO of SIGA, who concluded with a blunt warning: “Time’s up for paedophiles, smugglers and traffickers! We won’t allow them to transform sport into an ugly business!”

David M. Luna, President & CEO, Luna Global Networks and former Chairman of the OECD Task Force on Countering Illicit Trade said: “We need to bring greater accountability at all levels of our communities including with sport associations and federations, leagues, and sports team owners to ensure a culture of lawfulness for a new generation and to protect our children from abuse and trafficking and safeguard sports against the taint of corruptive and criminal influences. More action is needed. To effectively counter human trafficking networks, holistic approaches are vital.

Holli Richmond, Executive Director of the United States President’s Council on Sports, Fitness & Nutrition said: “The President’s Council on Sports, Fitness & Nutrition strongly supports SIGA, as it gathers leaders from around the world to address youth development in sports. Our combined action will ensure that sports are a protected space for youth to develop and excel.”

Shellie Pfohl, President & CEO of the U.S. Center for SafeSport, said: “Every child, every adult around the world has the right to participate in sports free from bullying, hazing and all forms of physical, emotional and sexual misconduct. It is time that we come together to champion respect and end abuse in sports.”

Brian Lewis, President of Caribbean Association of National Olympic Committees (CANOC) and Trinidad & Tobago Olympic Committee said: “It was a tremendous honour and privilege to share ideas and thoughts with such an esteemed group of committed and dedicated change creators. We must seek transformation and contribute to building a safe sport environment for children and young people. The betrayal of trust is an atrocious and vile attack on the fundamental values of sport. We must not continue to be complicit”.

Laila Mintas, Deputy President of Sportradar US said: “Almost all sports worldwide have been effected by match manipulations. No sport is immune against this global and cross border threat. We have seen match-fixers even approaching young players in youth tournaments across sports and jurisdictions. Especially young and not paid athletes are most vulnerable to get approached by criminals that are often linked to organized crime. Fixing games and placing bets on the manipulated outcomes of these games mostly in the unregulated betting markets is a lucrative business to these criminals. To protect athletes and sports officials is a crucial responsibility ideally driven by the sports organizations.”

James Cottrell, former Global Chief Ethics Officer of Deloitte and affiliated professor at the Stockholm University, said: “It was humbling to learn about the innovative and results-driven initiatives from a range of committed stakeholders at the event. The power of a focused collective action hub on the development and protection of youth in sport cannot be underestimated.”

Linda C. Alexionok, President of Voice for Florida and The Children’s Campaign said: “In our 42-year history of working to create innovative solutions that solve complex social problems, we’ve seen the powerful results that can be achieved when individuals and organizations across sectors come together with a common agenda to create social change. We see huge potential in SIGA and the momentum created by its Special Session in Miami.”

Timothy Patrick Gill, Senior Vice President of the Specter Security Group commented: “Under SIGA’s initiative, thought leaders representing a myriad of public health, law enforcement, charitable, academic and protective intelligence interests came together to collaborate on the transnational exploitation issue targeting children in sport and for other disturbing means. As a long-time senior intelligence officer serving in the U.S. Intelligence Community with the FBI, CIA and Department of Defense, I saw a collaborative effort at the SIGA session exhibiting the same collaborative qualities, operational remedies and strategies to a cancer similar to our early efforts in combatting terrorism and weapons of mass destruction proliferation.

SIGA is the world´s largest coalition in the field of sport´s governance and integrity. Supported by more than 100 international multi-industry supporters, SIGA is an independent and neutral organisation whose mission is to bring about meaningful reforms and enhance the integrity of all sports through a set of universal standards operated by an independent and neutral body. SIGA is the only organisation to bring together sport, governments, academia, international organisations, sponsors, business, rights holders, NGOs and professional services companies, from every region in the world, around a common cause of fostering greater integrity throughout sport.

For more information on SIGA, including its vision, mission and reform agenda, please refer to the website: www.siga-sport.com

The final agenda for the SIGA Special Session can be found at http://siga-sport.net/siga-youth-development-in-sport/.